Any conversation about deer overpopulation has the potential to provoke strong reactions within the community. But it is important to understand the actual, scientifically verifiable problems caused by an out-of-balance deer population, and how this situation affects agriculture and farmers.

This is especially true as New Jersey and the surrounding regions grapple with the COVID-19 pandemic, and its resulting impact on our statewide economy.  New Jersey Farm Bureau is extremely concerned about the multiple threats faced by our farmers. Agriculture is the third largest sector of New Jersey’s economy.  Farmers are on the front lines maintaining a viable local food source, which is more important now than ever for the Garden State. 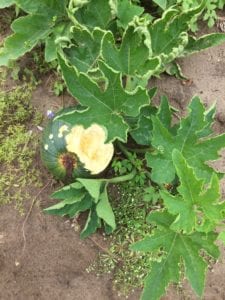 Unfortunately, New Jersey’s robust agriculture industry already has suffered significant losses in recent years — and New Jersey’s unsustainable deer population is among the greatest threats. A 2018 member survey by the New Jersey Farm Bureau further reinforced that many farmers have had to alter their farming practices, and that some fields have been given up entirely. 36 percent of respondents reported annual crop damage of more than $10,000; 11% claimed more than $25,000; and 4 percent claimed more than $50,000.

Like all members of the New Jersey small business community, farmers are facing substantial challenges related to the current pandemic, and action must be taken to protect our local food supply. The added threat of deer overpopulation can potentially exacerbate these challenges, making it that much more difficult for farmers and their essential businesses to endure. 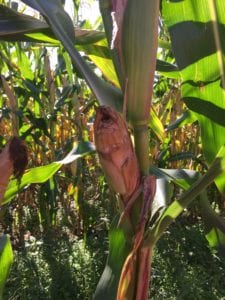 And the devastating economic impact is not limited to crop damage and losses. NJAES survey respondents expended more than 67,800 in paid labor hours and more than $620,000 annually on attempting to control deer-related losses. Full-time farmers, and those who rated their losses as “intolerable,” reported investing significantly more in labor and materials to fight deer depredation than did part-time farmers and those with tolerable losses.

The agricultural impact of deer overpopulation also affects homeowners. In this article on the Friends of the Frelinghuysen Arboretum website, a wildlife biologist describes the threat of deer to suburban plants, shrubs, and trees. Deer have the ability to leap over an eight-foot fence, and a small number can destroy thousands of dollars’ worth of landscaping in one night. In Burlington County, residents have expressed frustration with deer devouring their plants, in addition to the increased threat of Lyme disease and car accidents. Numerous deterrents have not worked.

Numerous solutions have been considered. High-tensile woven wire fencing, the gold-standard for reducing deer damage, is one possible method. Such fencing is expensive to install and maintain. The New Jersey Department of Agriculture and the State Agricultural Development Committee have provided cost-share grant funding to assist farmers, and more than 1.2 million feet of fencing has been installed under these programs. But this only accounts for a small fraction of New Jersey farmland, and grant funding is only available for up to 50 percent of installation costs, or a total grant of $20,000.

Additional fencing has been installed by farmers at their own expense. But for some farmers, this represents a substantial and even cost-prohibitive burden. Furthermore, while fences can prevent deer from entering certain areas, they have no impact on deer overpopulation.

The New Jersey Farm Bureau, and the agricultural interests we represent, understand that people will have different ideas about the approach to this problem. But ultimately, we must identify immediate and viable solutions to mitigate the negative impact to agriculture, the environment, and human health caused by deer overpopulation.

Learn about the Ecological Impact